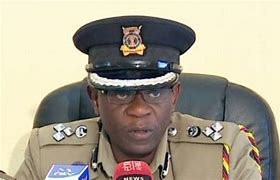 Previous overseer of staff at police base camp Charlton Murithi is dead.

Murithi passed on Friday morning at the Kenyatta National Hospital where he had been conceded over disease related difficulties.

He ultimately depended on the hour of his downfall the overseer of Kenya National Focal Point on Illicit Small Arms and Light Weapons, which is under the Office of the President yet being controlled by the police.

He additionally filled in as the overseer of the Internal Affairs Unit (AIU), commandant of traffic activities, Provincial Police Officer in North Eastern, among different directorates of the police.

Police central command affirmed the end and said an extensive proclamation would be given later.

Murithi has been doing combating malignant growth difficulties and 90 days prior he was traveled to South Africa for treatment.

He was flown back to Kenya and was owned up to the Kenyatta National Hospital (KNH).

He passed on at around 3 am on Friday, August 19, a his relative said.

Police visited the office and moved the body to the nearby funeral home.

Cops grieved him as a devoted, proficient and best official who will be remembered fondly by quite a few people.

A sympathy book was opened at police base camp for those wishing to offer their appreciation to Murithi.

During his term as the overseer of staff, many say he smoothed out the area and guaranteed impressive skill reigned in the help.

“He had good intentions for the assistance in guaranteeing the best officials served where they merit. We grieve him,” said one official who was near him.

At the point when he moved to the traffic area, he figured out how to contain a significant part of the threat generally connected with public vehicle.

He was in 2015 entrusted to examine TV evangelist James Ng’ang’a over the passing of a lady in a street mishap in Limuru.

This followed fights the previous group didn’t deal with the test expertly in the midst of claims of a concealment that elaborate the misrepresenting of records and altering proof.