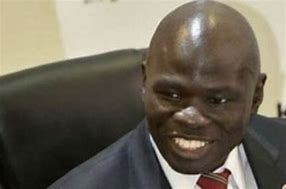 Nyakach lawmaker and three former accountants at City Hall have been charged with Sh10 million fraud.

The five allegedly committed the offence 11 years ago when they jointly conspired to corruptly authorize the payment of Sh10,000,000 to Stephen Mburu Mwangi, a lawyer who has since died, for legal services not rendered.

They denied six counts of conspiracy to commit a felony and abuse of office before Milimani law courts anti-graft chief magistrate Victor Wakumile.

Aduma who by then was the director legal services was separately charged with abuse of office.

He is accused of authorizing the payment of the deceased lawyer the millions.

Charity, Peterson and Manaseh, were separately charged with conferring the payments of the Sh10million to the deceased lawyer.

Defence lawyers applied to have the five freed on bond telling the court the alleged offence was committed over eleven years ago and that the suspects were not a flight risk.

“The first accused is a sitting MP and he understands the consequences of skipping bail. Grant him and the co-accused on reasonable cash bail terms,” Wakumile was urged.

He directed the accused to sign personal cognitions of Sh10million each.

Wakumile directed the case to be mentioned for directions on September 28,2022.