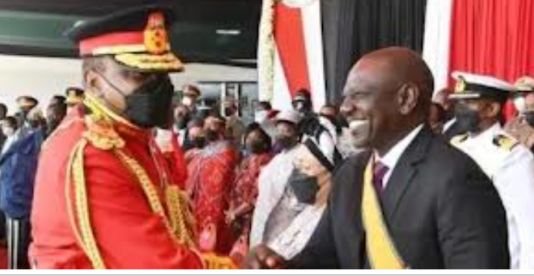 President Uhuru Kenyatta ignores Vice President William Ruto during his speech during the Madaraka celebrations as he did not admit to attending the Uhuru Gardens celebrations.

At the beginning of his speech, Uhuru introduced the President of Sierra Leone Julius Maada, the visiting First Lady, Speakers of the National Assembly and Senate and Chief Justice Martha Koome.

In a break from normal programming, the head of state repeated the program after several Kenyans received their awards even as he began to make his remarks.

Uhuru then invited a good president to make his remarks.

Interestingly, the President of Sierra Leone acknowledged Ruto’s existence even as he joined the Kenyans in commemorating their independence.

In the past National Day celebrations, the DP has been tasked with introducing the President to give his views.

Differences between the two leaders were also evident early in the ceremony, as Ruto was absent from the White House, where members of the Cabinet surprised the head of state.

At the White House ceremony, Cabinet secretaries paid their respects to Independence even as he traveled to celebrate his last National Day celebrations.

At the time, the Deputy President was photographed in Uhuru Park with Mama Racheal Ruto even as he waited to swear in the visiting president.

The rise of the DP is the culmination of a series of tensions between the two leaders who publicly disagreed during the second term of the Jubilee administration. 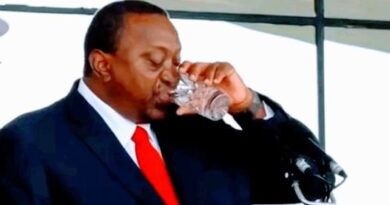