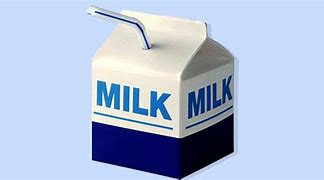 Customers have begun following through on less for milk as the prices of the product begins to decrease right after an expansion in supply.

The cost of new milk has now dropped to Sh55 on normal from a high of Sh60 last month, coming as a respite to purchasers who have needed to tolerate exorbitant costs throughout the previous three months.

The typical stockpile of long-life milk in grocery stores has additionally continued following quite a while of nonattendance on the racks.

Kenya Dairy Board (KDB) affirmed that the nation is practically returning to typical creation following the beginning of downpours – in various pieces of the country.

“The creation is alright now a result of the downpours,” said Margret Kibogy, the overseeing chief at the KDB.

The 500ml bundle of long-life milk is retailing at Sh60 with various general stores giving their clients offers for those purchasing in mass. KDB had said unfortunate downpours in the last quarter of 2021 and a dry spell in the period that finished March adversely affected creation at the homestead level.

The ongoing downpours have seen a recovery of grass in many pieces of the nation, coming as a significant lift underway as a great deal of ranchers depend on open field munching for their cows.

Kenya New Cooperative Creameries overseeing chief Nixon Sigey said there is a critical improvement in provisions right now at the market with costs expected to drop further should creation keep on rising.

Costs for certain brands have begun descending in light of further developed creation. We anticipate that purchaser costs should descend further assuming the downpours will go on before long,” said Mr Sigey.

Mr Sigey, notwithstanding, said that the flow cold season could adversely affect milk creation as cows will more often than not cut creation in chill weather patterns

Milk yield regularly drops around June/July consistently on the rear of chilly climate which unfavorably influences a cow’s creation.

The Ministry of Agriculture had in February suggested a one-month window period for importation of milk to address the ongoing lack and manageable exorbitant costs.