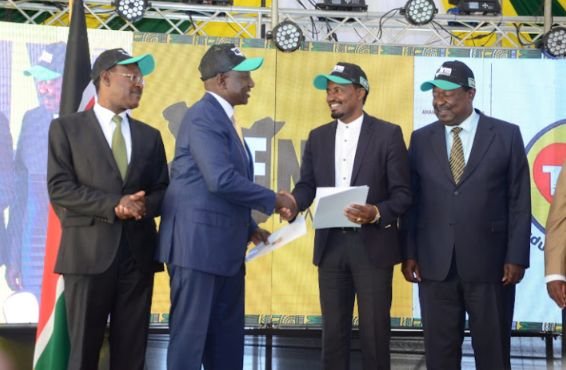 Detailed document, drawn by Tharaka Senator Nithi Prof. Kithure Kindiki, was presented to the Registrar of Political Parties on Sunday evening, just before the deadline for the coalition to explain how it would relate before, during and after the general election, in order. such as the sharing of power with government structures if they win the presidency.

In the structure of the powers enshrined in the Kenya First Alliance agreement, the position of the flag bearer has been reserved for the United Democratic Alliance (UDA) party led by Vice President William Ruto..

Ticket space is also reserved for UDA, and especially for Mount Kenya. With the exception of the names of the candidates, this geographical tip should put an end to further rumors about the issue of Ruto’s running mate.

The seat of the Speaker of the National Assembly has been reserved for Senator Bungoma Moses Wetangula and his Ford Kenya party, in accordance with the Kenya First Alliance agreement..

Senate Speaker positions are being awarded Together African Alliance (PAA) led by Kilifi Governor Amason Kingi, who moved to Kenya First over the weekend.

The coalition agreement provides for a 21-member cabinet that will be distributed in accordance with the agreement.

In the Ruto power structure, Mudavadi and Wetangula will be given 30 percent of government-appointed positions if Kenya First wins the August elections.

These include the First Cabinet Secretary and 6 Cabinet posts, the Speaker of the National Assembly and priority development projects in the Western Region of Kenya.

To secure these privileges, the term of the coalition agreement requires Mudavadi and Wetangula to win at least 70 percent of Western Kenya’s votes in the August presidential election.

The five counties of Kakamega, Bungoma, Vihiga, Busia and Trans Nzoia, which administratively fall into the Rift Valley region but are part of the Western region, have a total of 2,592,437 registered voters.

Part of the priority development projects discussed by Mudavadi and Wetangula in the coalition agreement include the completion of all unfinished or closed paved roads, 1,000 km of new paved roads and resources for the revitalization and upgrading of sugar mills such as Mumias and Nzoia.


However, these projects can be revised to take into account the development priorities of other parts of the country. 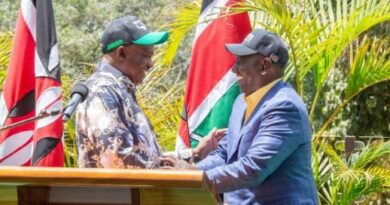