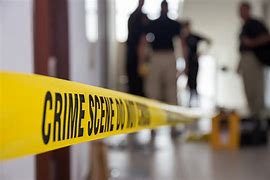 Police in Nairobi have sent off examinations after the body of a senior Assistant Director of Public Prosecution, senior prosecutor , was found deteriorating in his home.

Fredrick Ashimosi Shitiambasi, 47, who was connected to the Prosecution Training Institute, was found dead in his home in Nairobi by neighbors.

As indicated by a police explanation, the late Shitiambasi was unwell and on wiped out leave.

The body was found after neighbors raised worries over a foul smell that was radiating from his home.

Then, at that point, police were brought in who broke the entryway which was locked from within.

They then found his unmoving body on his bed.

He is thought to have passed on from carbon monoxide harming since a charcoal burner was found close to his bed.

Police accept he passed on a couple of days prior. The body had no apparent signs.

Police approached Kenyans to try not to utilize charcoal jiko in a room that is ineffectively ventilated since carbon monoxide is harmful.

The body was moved to a morgue in front of the arranged posthumous to learn the reason for his demise.