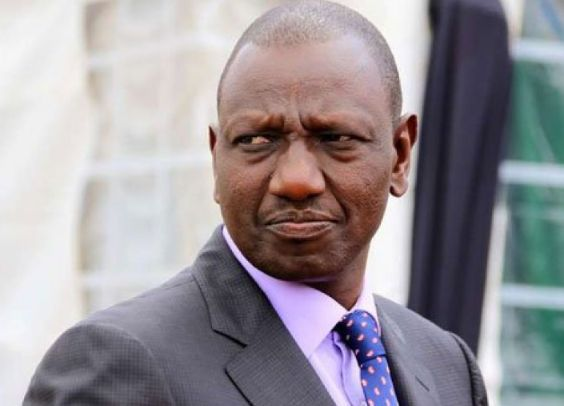 Allies of Vice President William Ruto responded to what was said to be a humiliation of the UDA party leader during the Power Day celebrations on Wednesday.

The ceremony held at the newly renovated Uhuru Gardens in Nairobi was different from other national holidays in that Deputy Ruto was not allowed to speak.

Nor was Ruto invited to an earlier ceremony hosted by cabinet secretaries at President Kenyatta’s White House before the Independence Garden ceremony.

Immediately after the Power Day celebrations, Ruto traveled to Thogoto in the Kikuyu Constituency for a football tournament.

Speaking during the tournament, DP allies claimed the president had failed to live up to his status as a sign of national unity.

“It is strange, Mr President, that your guest, the President of Sierra Leone, could have known the presence of your Vice President, but you could not. it is a great shame, “said Ford Kenya party leader Senator Moses Wetangula.

South Dagoretti MP John Kiarie said incumbents could only oust the DP temporarily and would be forced to respect him as president.

“Independence power has come to an end and its place has been taken by the hustle nation, so our supporters should not be worried,” former Kiambu Governor William Kabogo said.

“Today was the last day you will treat the fraudulent nation with contempt. Even if our next president (Ruto) does not get a chance to speak, he will get a chance to lead the country from August 9 added Kiharu MP Ndindi Nyoro.

However, during his speech, DP Ruto avoided the debate on the Power Day protocol, and chose to announce his intention to run for president.

“This election is about one thing; economy. Everything else is a show aside and distraction. It is about the economy and the people who know what to do with the economy. “Our competitors do not know anything about the economy, they are just politicians,” Ruto said. 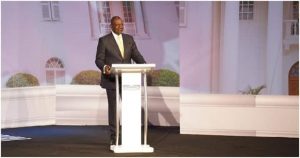 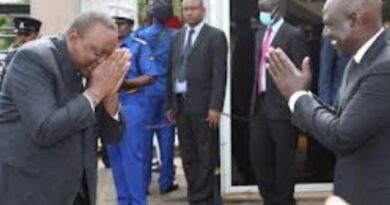 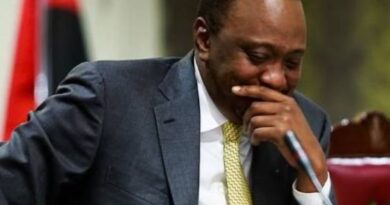 Kenyans are safer in Raila’s hand than the one they’re running to; uhuru reacts to Mudavadi working with UDA.