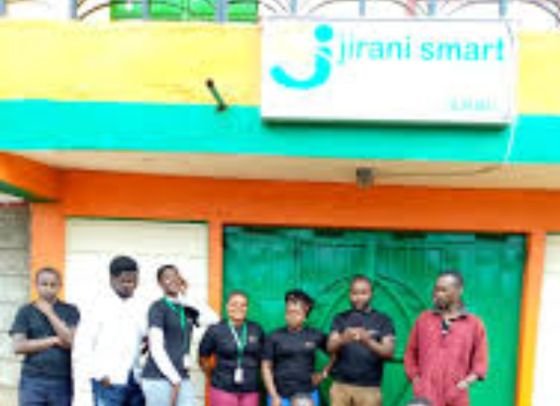 Jirani Smart Micro Finance is at the scene following a reported incident of assault at a moneylender’s office in Nyamira.

In a video circulating on social media, a man believed to be the company’s chief executive officer is seen brutally beating his colleague for alleged fraud. The incident happened on Thursday, June 16, 2022.

The tall, good-looking employee holding a belt appears to be drenched in heavy rain and poor kicks known as Charles Nyaachi while other colleagues in the office watch from their desks.

He is heard accusing a man lying on the ground of wasting company resources by traveling frequently to the town of Oyugis in Homa Bay county. The victim begged for mercy, even asking his colleagues to intervene, but the attacker heard nothing.

In response to the video, Jirani Smart Microfinance management says it has opened an investigation into the matter.

In a letter to all employees, company team leader Kennedy Muthama assured employees that the matter was being investigated and the necessary action would be taken against the perpetrator “including prosecution if necessary”.

However, in a cover-up, the boss asked the employees to hide the matter in order to protect the company’s image.

“I know many would like to take the product to the public for good reason, this is a mess and we all need to take the time to shine and make our brand more powerful than competitors’ ideas. Remember that competitors are happier when they are happy. “Let us all be strong and show our strength. Let us push harder and maintain our position as market winners,” he said in a statement. of June 16.

He added: “Remember, You do not eat where you sh*t or sh*t where you eat, coz, either way, the smell shall be bad. Let us kindly protect our brand from bad publicity.”